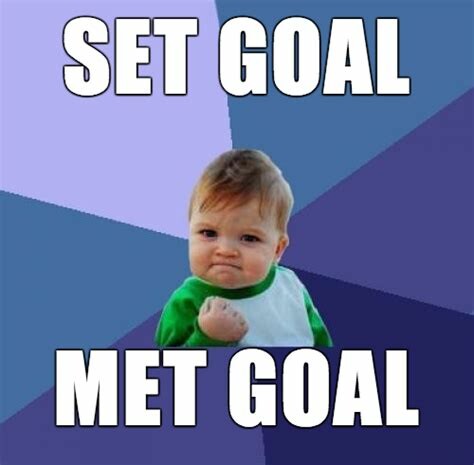 Getting over procrastination takes action. Of course that is easier said than done. Today I'm going to share a simple three-step process with you that will help you get off your butt and get more done than you ever thought possible.

Your goal is simply putting what you know you need to get done into words. A good goal has defined parameters and a set deadline. That doesn't have to be complicated. Here's a simple goal we all strive to accomplish. We have to file our taxes by April 15th. You have a pretty good idea of what paperwork you need, what forms you need to fill out, and where you need to turn them in. You also know what your deadline is. In other words, you have a well-defined goal when it comes to filing your income taxes. And yes, I realized most of us still procrastinate when it comes to this particular task. That's why the remaining steps are just as important as the first one. For now I want you to think about one thing you need to get done and turn it into a goal.

Write it down. I don’t care if you find a random scrap of paper, use your favorite notebook, or type a note to yourself on your phone. The important part is that you put your goal into writing. This does two things. First of all, it helps you clarify what your goal is. You have to get pretty specific when you try to put what you want or need to do into words. Secondly, writing it down gives you something to look back on. It serves as a reminder and as a tool that you can use when you are tempted to procrastinate.

Last but not least, it’s time to get started. That’s often the hardest part, isn’t it? You’re tempted to skip your workout until you lace up your shoes and get started. Once you’re off and running, it’s much easier to keep going. Once you have your goal written down, think about something you can do right now to move you in the right direction. Go do that. Then come back and do something else. Each morning, start by looking at your goal and challenge yourself to take action. Before you know it, you will have made some serious progress. And you’re starting to beat procrastination.

What goals are you going to commit to for this month?  How about for the rest of 2021?  What about in the next year?  Let me know and I'll help you stay accountable.

Check out the rest of the series here:
Forgive yourself for procrastinating in the past 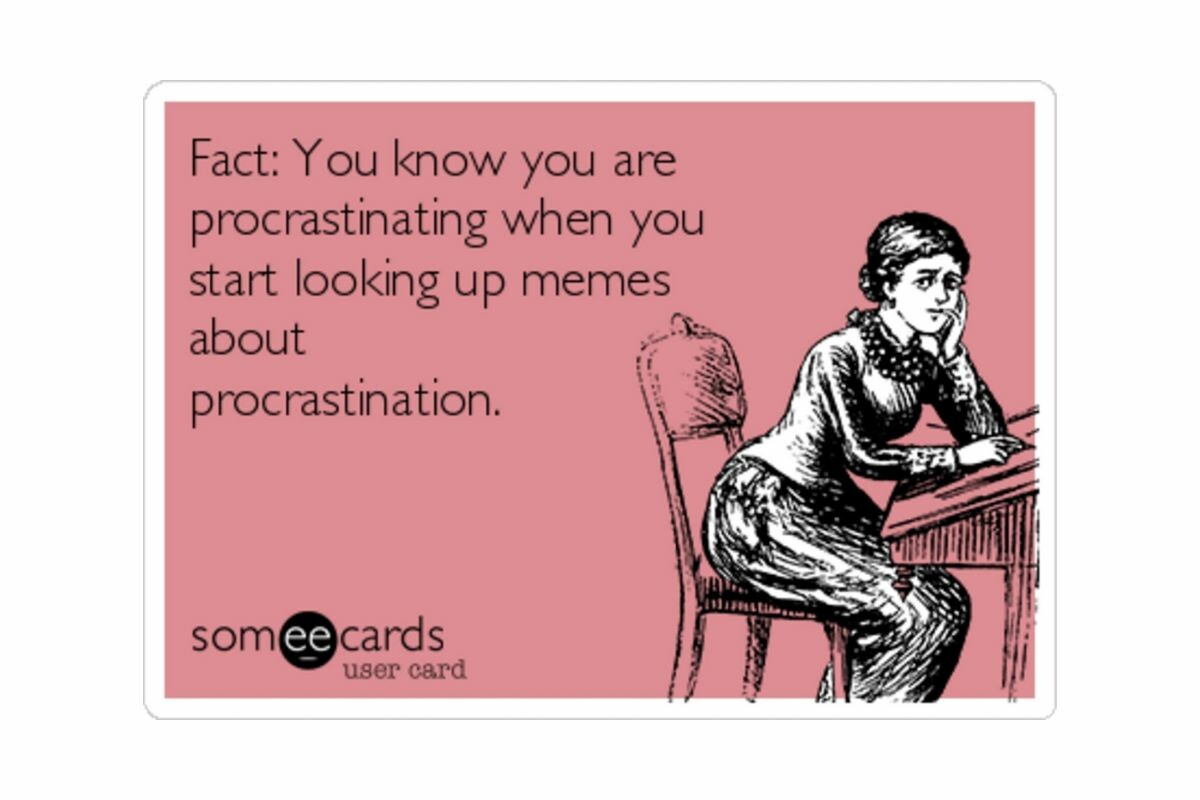 Are you a procrastinator? Many of us have the tendency to put things off and no matter how often we beat ourselves up over waiting to the last minute to pack for a vacation, book a flight, or file our taxes and struggle to get it all done in time, we keep doing it again and again. If you’re ready to finally beat procrastination and get ahead of the game, you’re in the right place.

Over the course of seven blog posts, I’m going to share my best tips and strategies for overcoming procrastination with you and we start today with - Forgiveness. I know it seems like a strange place to start, but it’s an important first step. Here is why forgiving yourself for procrastination should always be the first step.

Here's the thing. There's nothing you can do about the past except learn from it. Beating yourself up about not following the plan you made for reaching a goal does you no good. Quite the opposite actually. If you stress yourself out and engage in negative self-talk, you make it worse. Those feelings of anxiety will enforce your habit to procrastinate again the next time.

The next time you find yourself procrastinating, tell yourself that it's okay. It's not the end of the world. Say it out loud and then promise yourself to try to do better. Trying is the important keyword here. You're working on mastering a new skill and changing a habit. That takes practice, time, and often failing a few more times, too. Remember, it's part of the learning process.

You may feel frustrated at times about your lack of progress. It's normal. If you can, tap into that frustration and use it to motivate you. Vow to try again and do better. Look at your mistakes. What caused you to procrastinate this time? Learn from it and you will start to do better.

Maybe there's a big task and you started strong, chipping away at it a little at a time. Then you missed a day, and another. That's okay. Not great, but okay. You did well for a while. It's good practice and maybe this particular experience taught you that you can't allow yourself to skip more than one day on an ongoing project.

There's always something new to learn whenever we fail at something or slip back into a bad habit. At the very least we figure out that something isn't working for us. Maybe you do better with three to-do's per day. The Oola Framework is a great way to get better at setting goals and getting three action steps done a day with the Action Tracker.

Forgive yourself for procrastinating so you can move on and practice some more. But, the trick is to move on and keep working at it. Don’t give up.

Tell us - Are you  a procrastinator?  I am when it comes to doing the dishes.  What things are you most likely to procrastinate about?
Check out my other blog content here: https://cathrynknock.com/blog 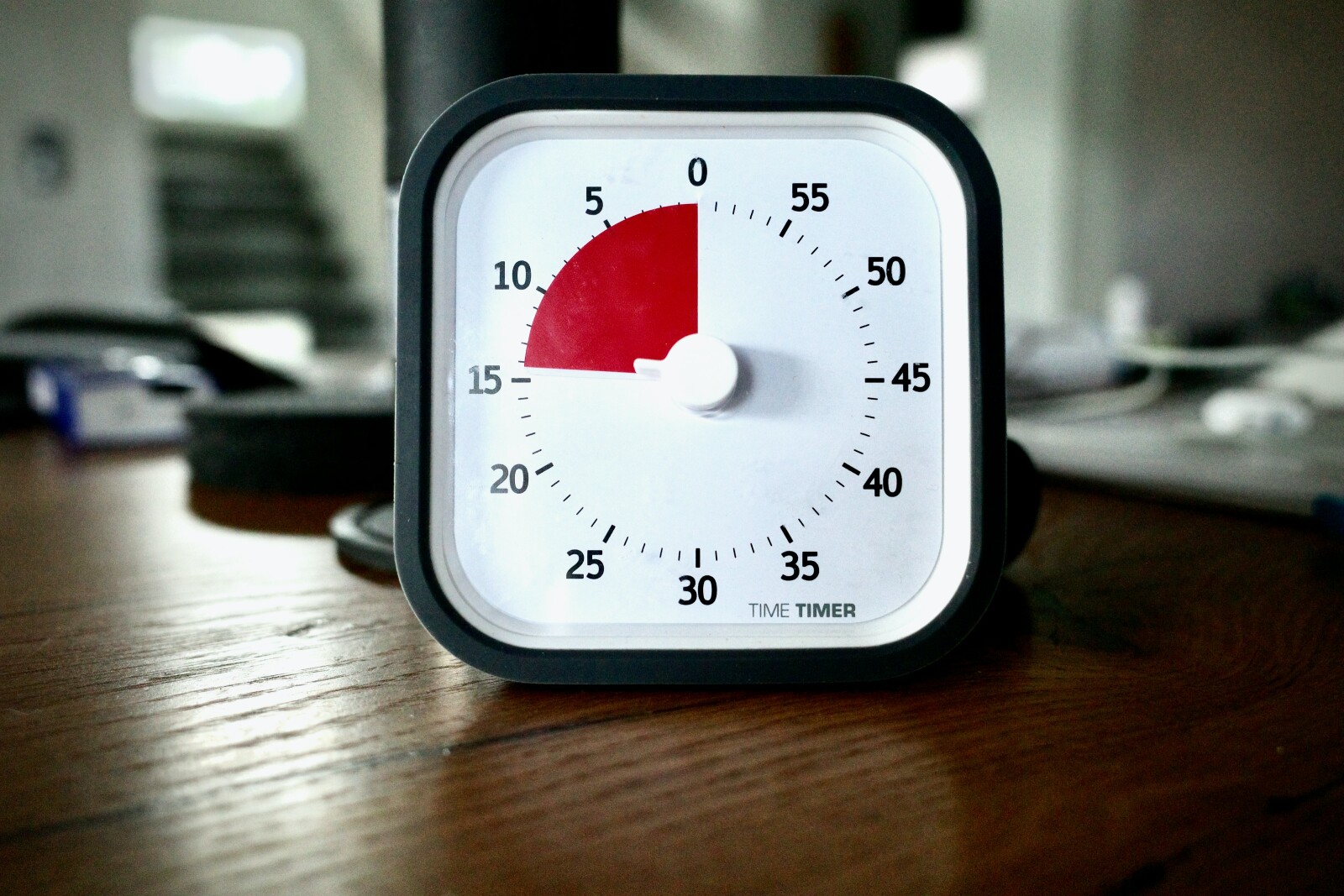 Time-Restricted Eating (TRE)
There are several different ways to intermittent fast. Many people follow a time restricted eating (TRE) approach. These are the 16/8, 18/6, 19/5, 20/4 approaches where the first number is the number of fasting hours and the second number is the number of hours of feasting.
Yep, we call it feasting, because as you go along you will find that you will gravitate toward higher quality foods. We call the feasting time our "window". Another common term in the IF community is "window worthy". You'll start to look at food differently and rate it on if it is "window worthy" and if not, you'll find it is super easy to just not eat it.
I used to think Chinese food would always be window worthy. But the last time I ordered from my normal restaurant I was so disappointed. And here's the thing. The food was the same it has always been. But I'm different, and what tastes good to me now has drastically changed.
The biggest change - I used to love flavored coffee creamers in my coffee. Now they taste exactly like what they are - liquid chemicals.
Don't worry if this hasn't happened for you yet. Every body is different, and when you notice changes may be different than when I noticed changes.

Just keep with it. The results in the long run will be well worth it.

Haven't started an intermittent fasting lifestyle yet?  Do you need more information?  Check out these two books that literally changed my life: Delay, Don't Deny and Fast. Feast. Repeat.
I also have a coaching practice where I walk with you every step of the way to help you.  Book a Discovery Call with me today and let's find out if this way of life is right for you.
Disclosure: This site contains affiliate links to a few select products I use, enjoy, or recommend. I may receive a small commission for purchases made through these links, and your purchase supports companies and products I believe in. 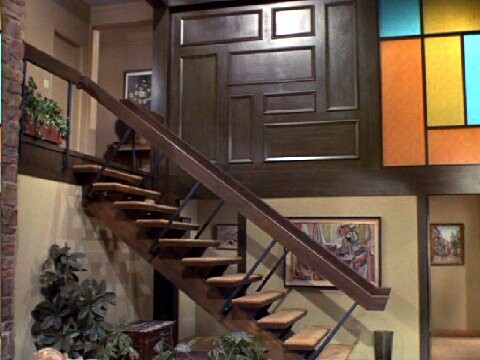 When I was a young child I wanted to live in a two-story house more than anything.

Maybe it was because I grew up relatively poor and it seemed like people on TV, like the Brady's or the Bradford's, were this ideal family and the two-story house was just this pinnacle of finally having the good life. 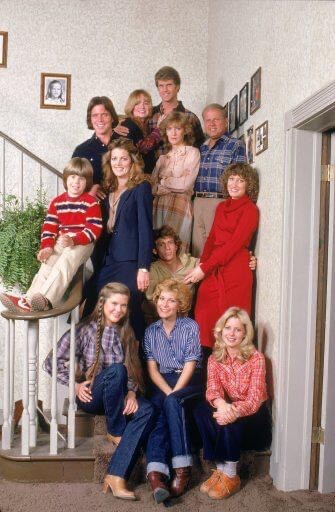 You know - money, a functional family without alcoholism and co-dependency, enough food, and a family that truly cared for each other. And let's be honest, a housekeeper like Alice on the Brady Bunch as a bonus family member wouldn't hurt.

It's funny the things we pick as an ideal in our youth and how those change as we grow older and more wise.
I've lived in a couple of two-story houses since my childhood. The reality is, it didn't change a thing in my life. Because those things are just that...things.
I've accomplished a lot in my life. Most of it, on my own.
I'm a first-generation college graduate and hold an advanced degree. Both of which I earned while raising two young children - on my own. Sure, I had super supportive friends, but when push came to shove, I did it by myself, because I was the only one there at 2 am while one of my children was sick.
I singlehandedly raised my children to be independent and to think for themselves.  And they grew up to do just that. And they are both amazing individuals who I'm so proud of. We didn't always have money, in fact, we rarely had money, but we were together and we survived and succeeded.

I worked hard after I graduated and moved up in my career. Not the accounting career I envisioned, because my kids came first, but one I'm good at. I've finally reached the level I've been striving for - a Director-level position. To get there, I had to leave all I knew, move to a new state, and start over.
But that is what I do. I reimagine my life and I make the change. I did it when I got divorced, I did it when I moved to go to school, I did it again when I moved for a new job.

And what I've learned as I've gotten older, and hopefully wiser, is that ideals and dreams change, and we can change with them, or we can get stuck in what we think is ideal, without ever doing anything about it.

I'm back in a two-story house right now. It's a rental, because at this point I can't yet afford to buy again, but that's OK. It's just a step on my road to the next thing. But after spending 30 minutes vacuuming the stairs this morning I do still want a housekeeper!  And actually,I never want another two-story house again, ifI can help i. 😂
So, what are your dreams from childhood?  Are they different now that you are an adult?  It doesn't matter, either way, as long as you keep growing.
And if you ever want to come vacuum my stairs, just let me know! 🤣 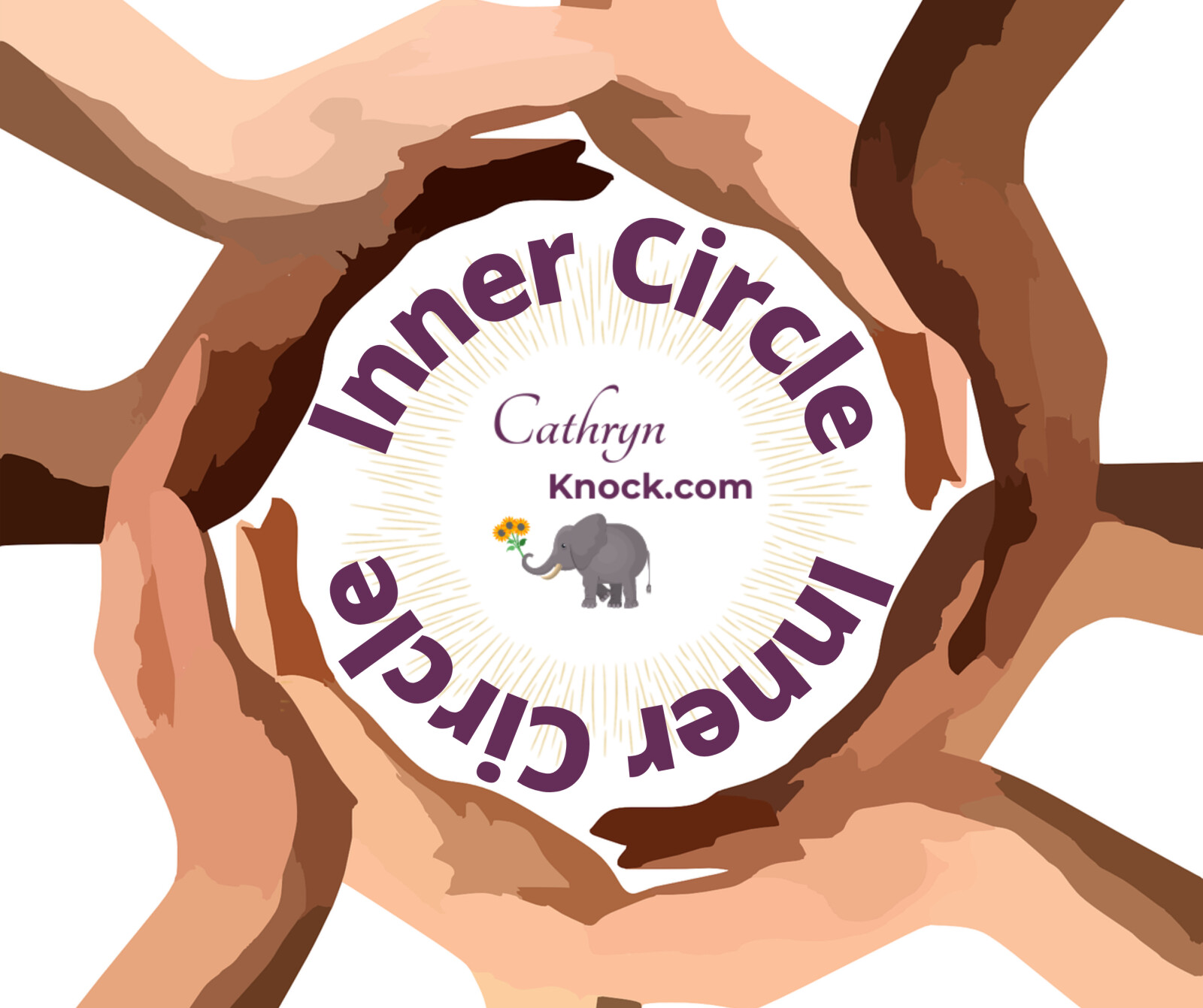 7 Hacks To Motivate Yourself To Make Progress 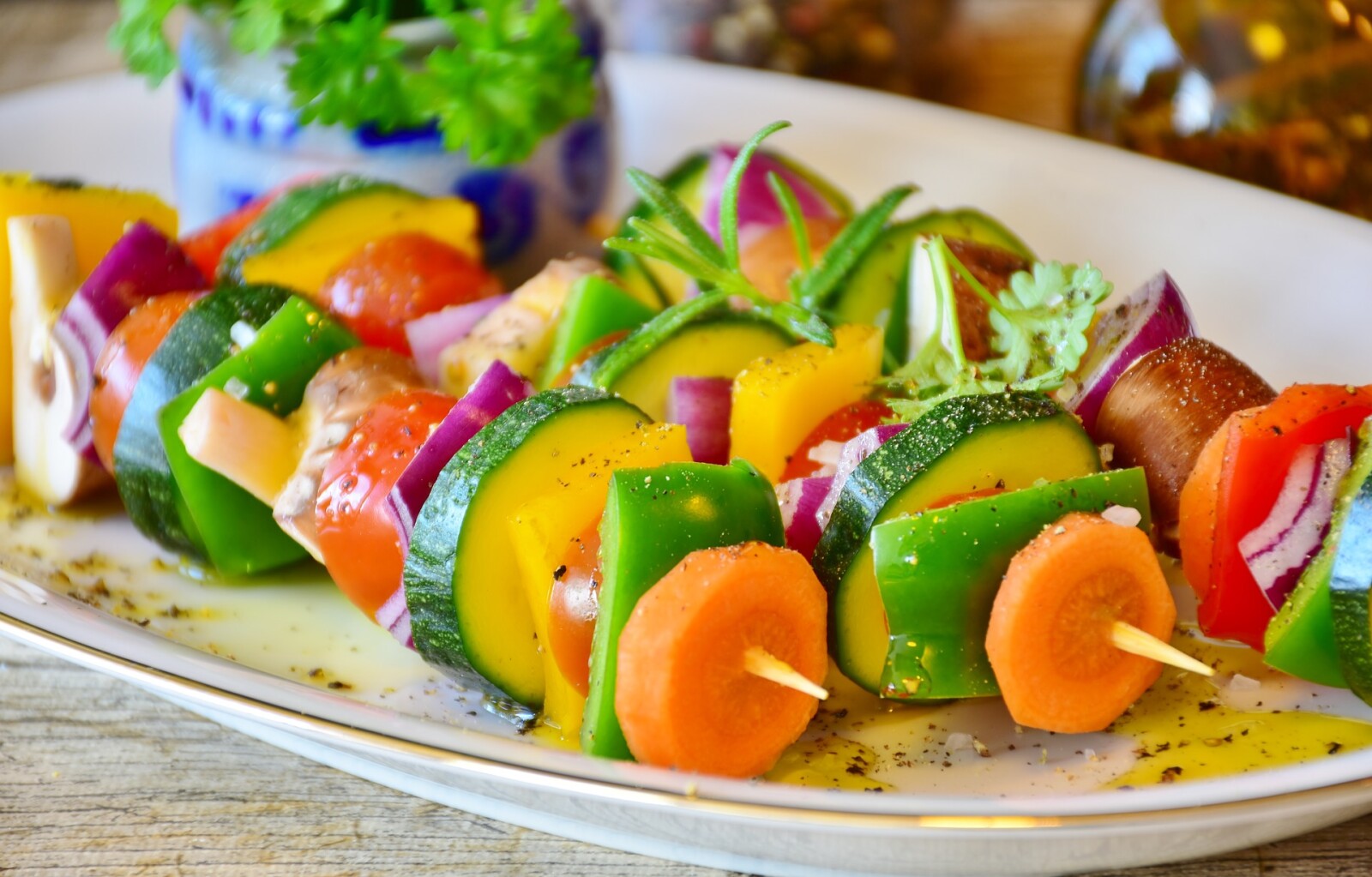 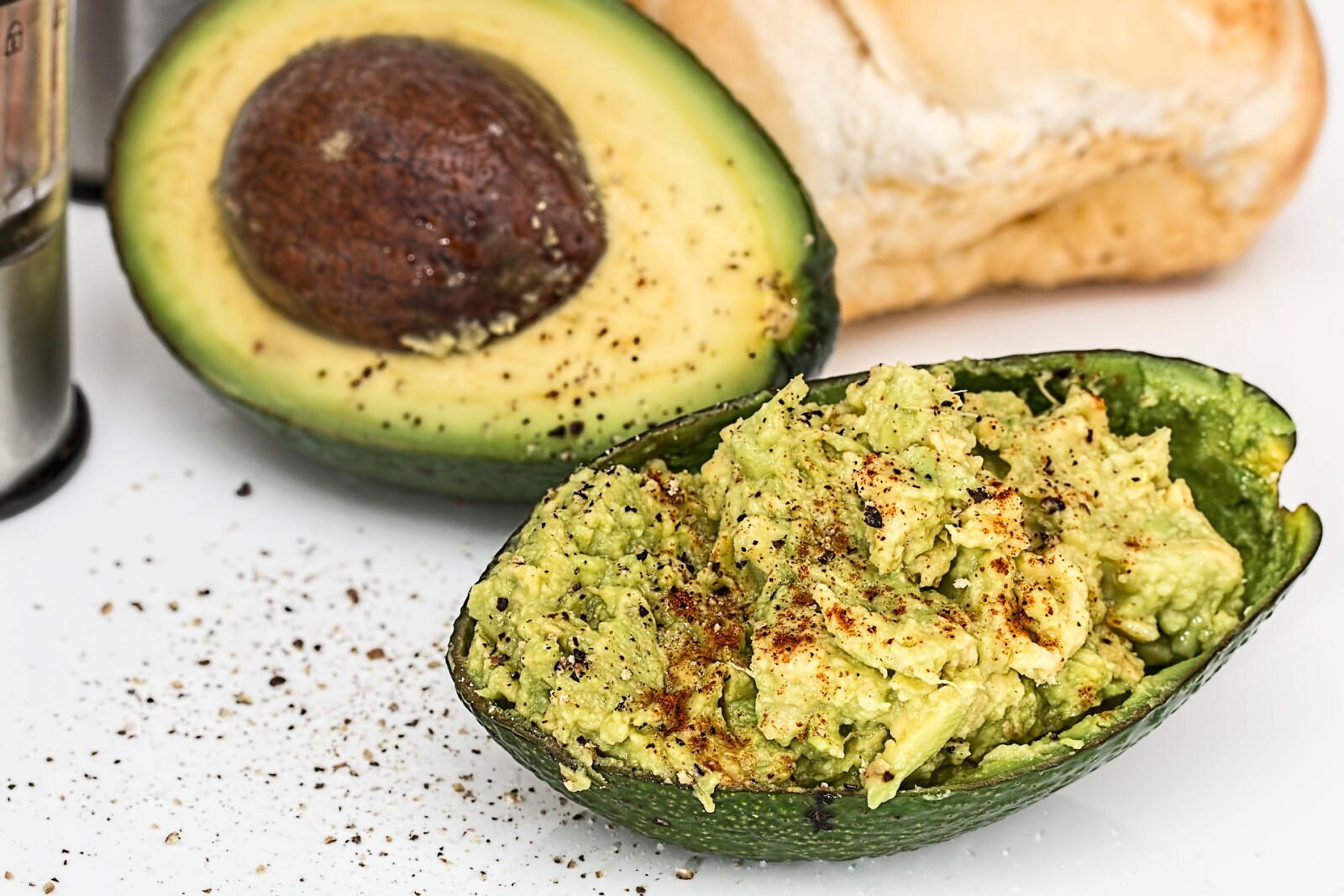 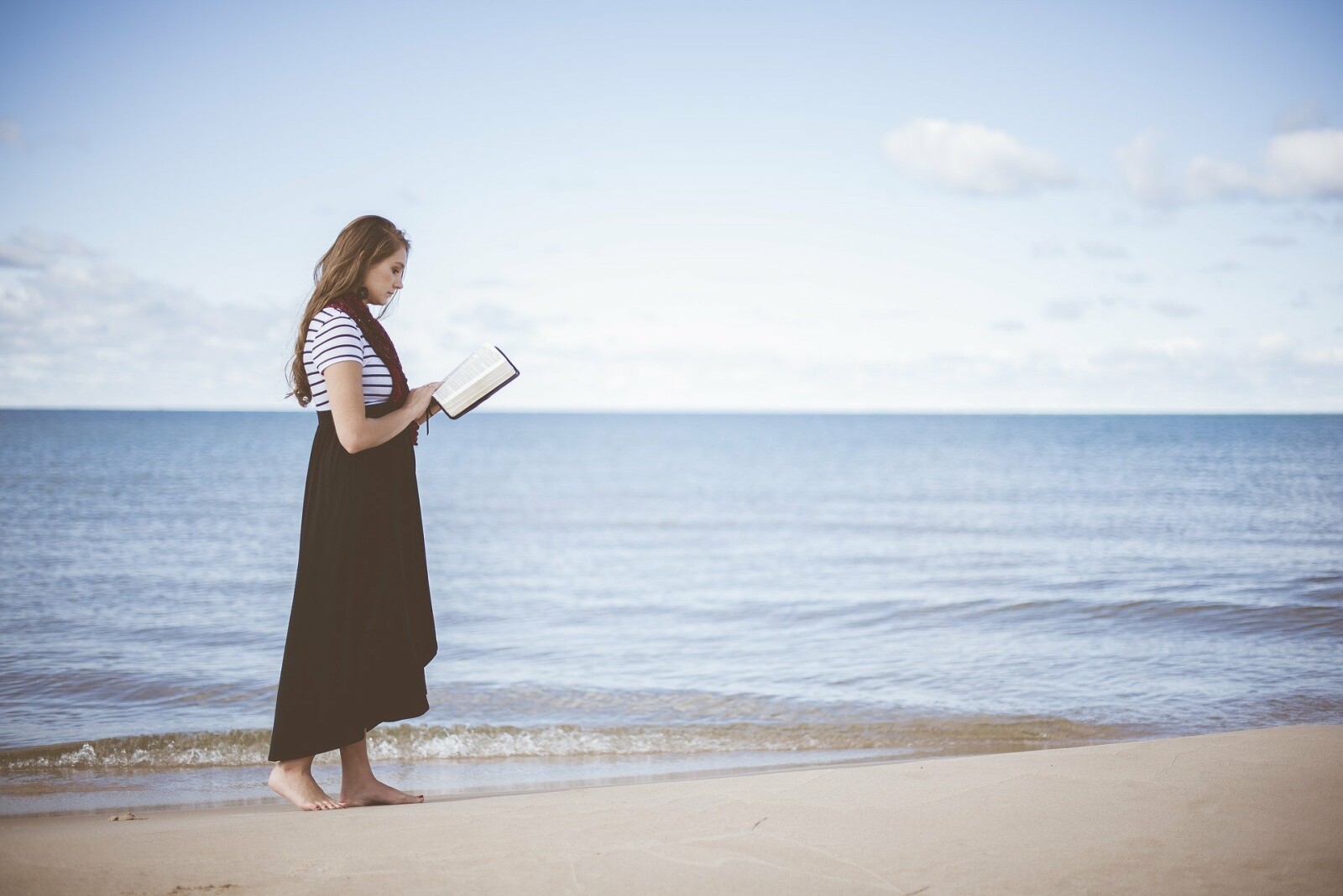 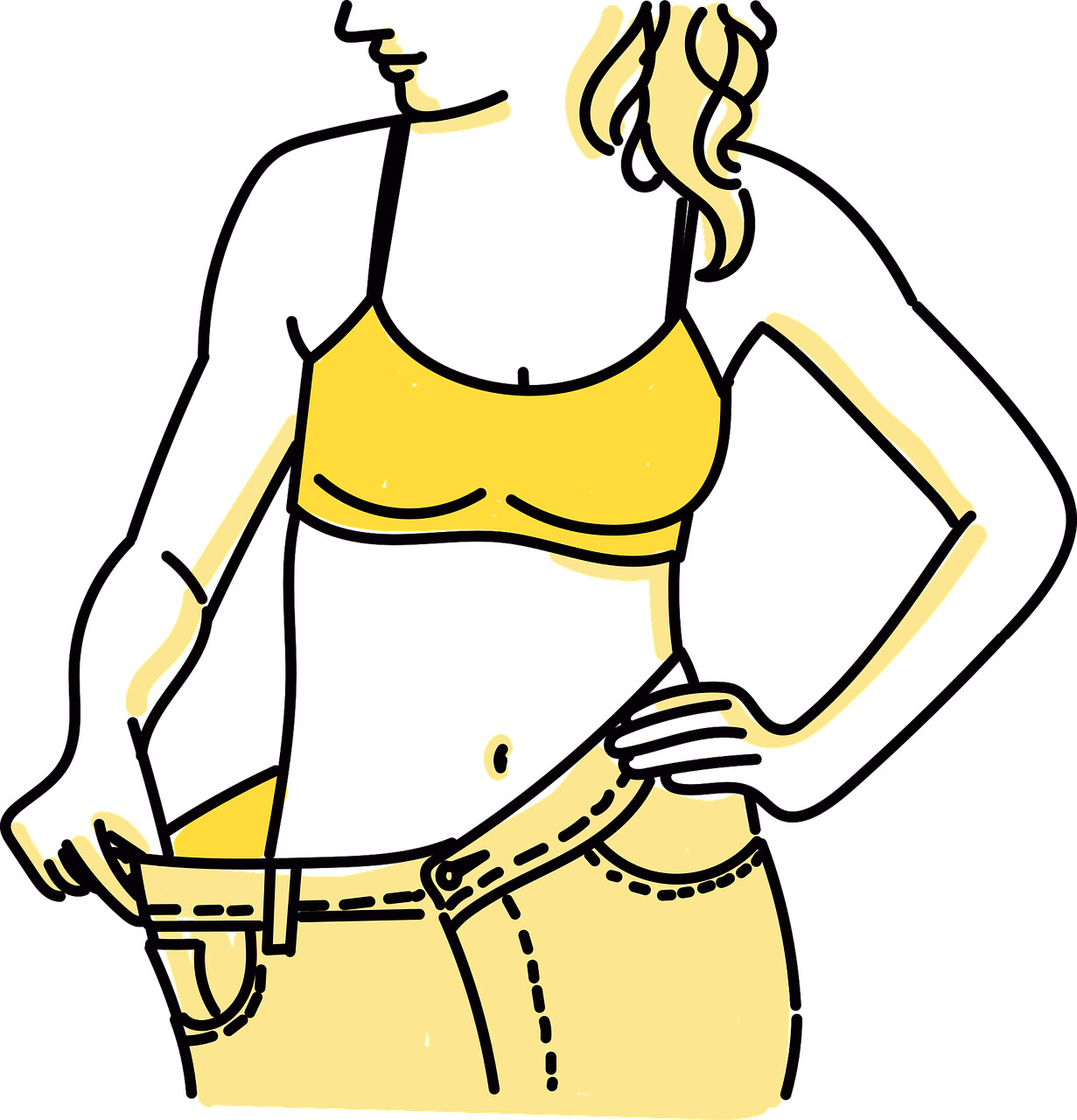 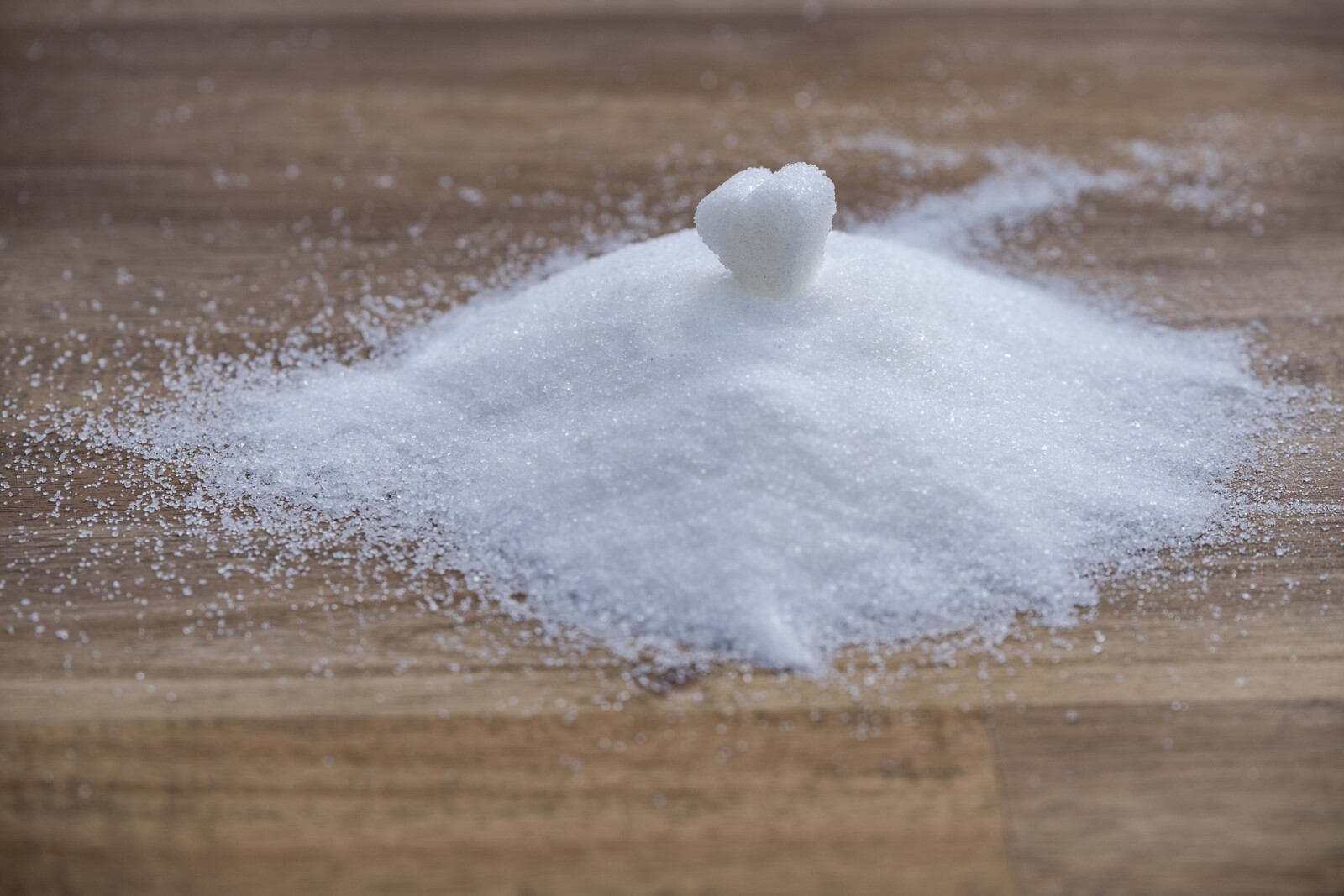 How to Get Ketosis Going 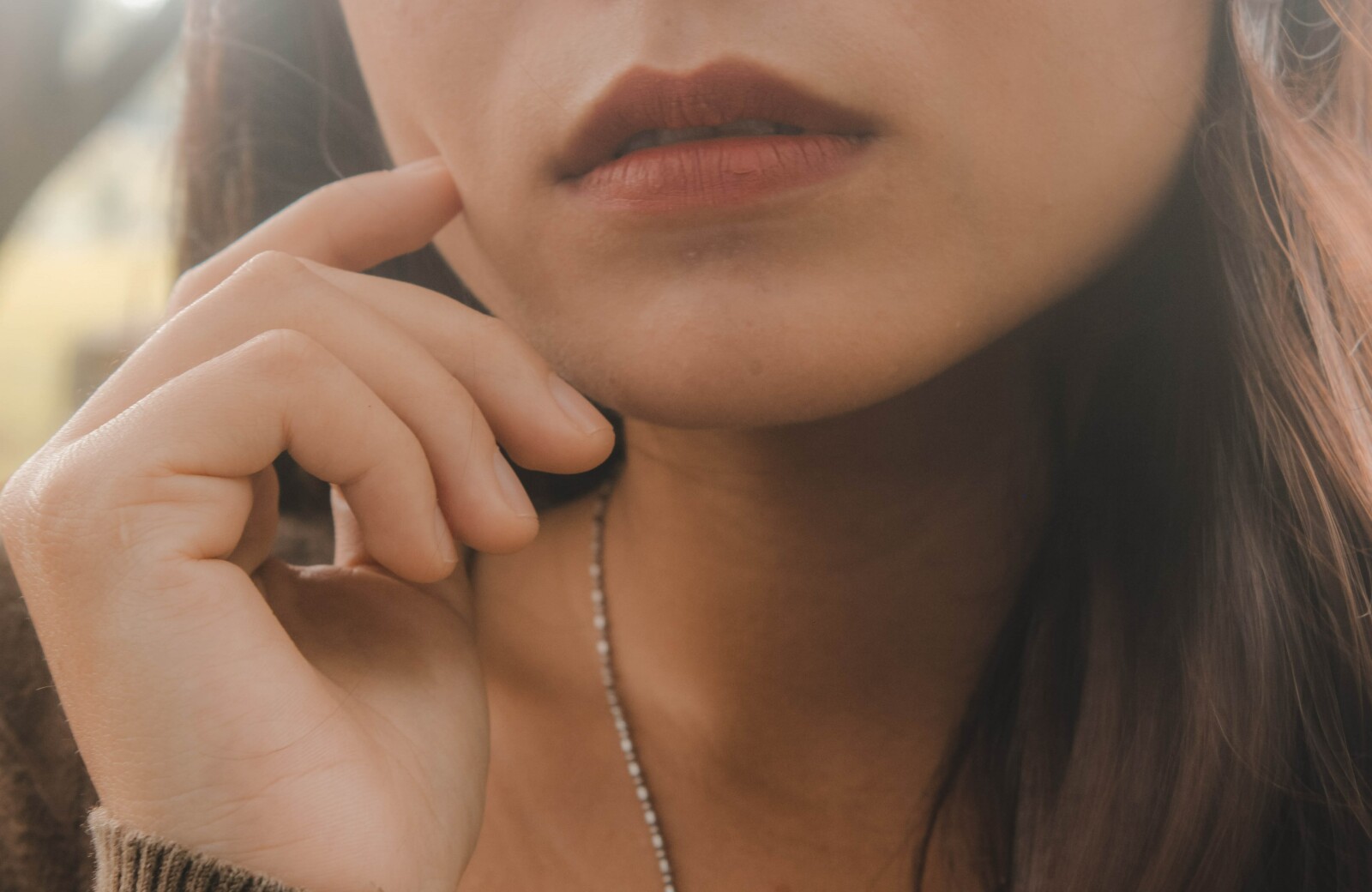 How Intermittent Fasting Can Help You Live Longer 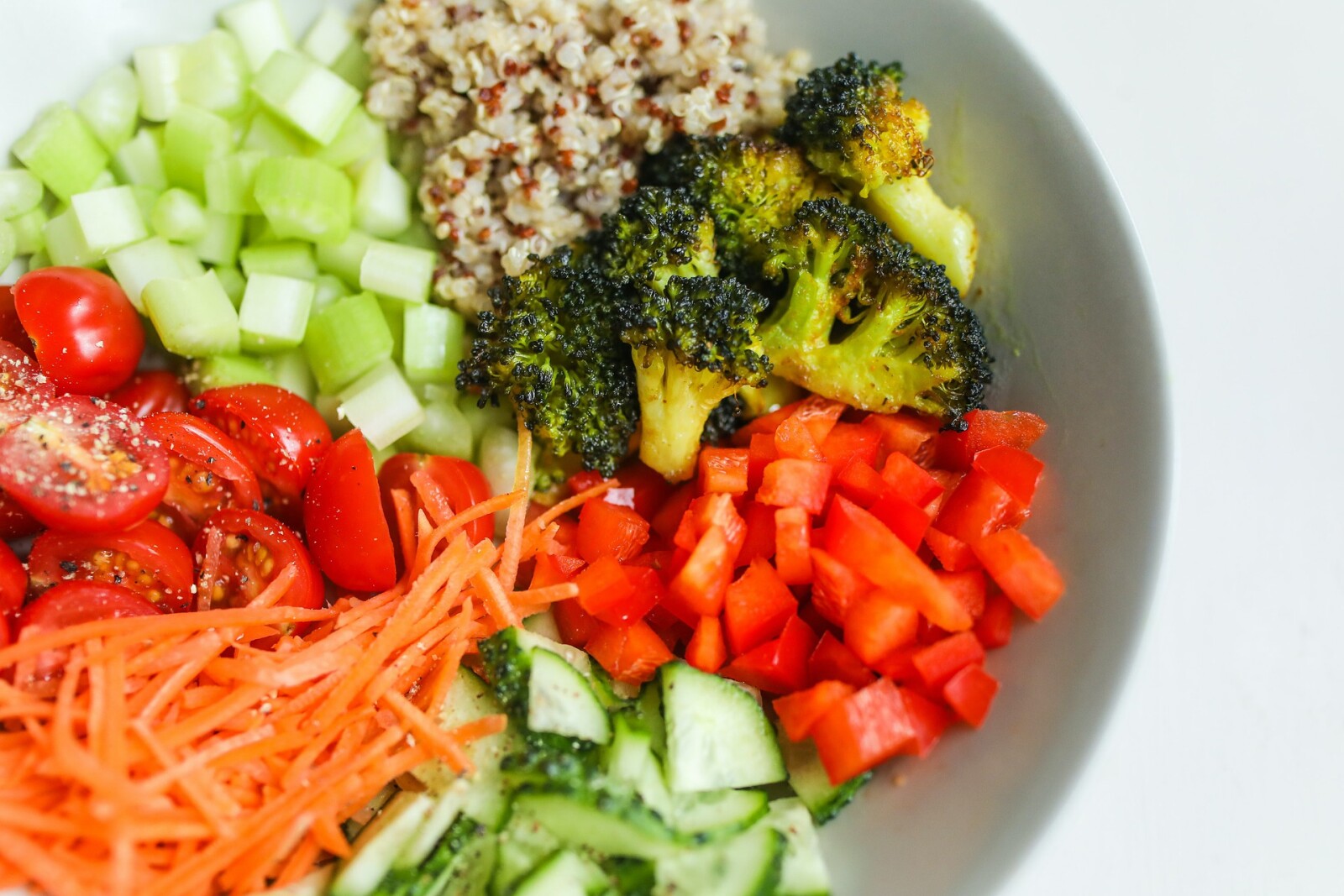